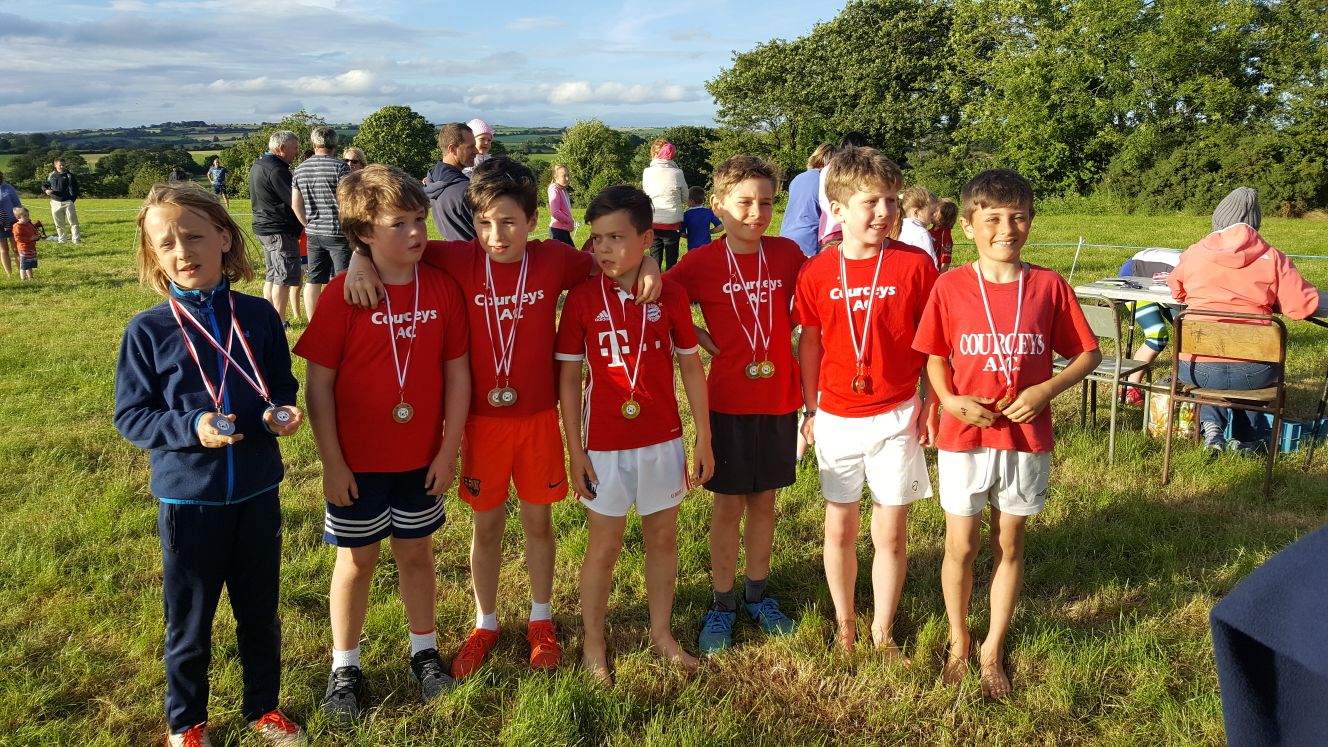 Courceys Athletics Club is based in the village of Ballinspittle near Kinsale in Cork. Club training takes place on the local GAA club (Courcey Rovers) grass playing field. Established in 1970, we are a small club with a long tradition and the Annual Open Sports day is always a well-attended event on the Munster Track and Field Calendar. In 2009 and 2010, for instance, more than twenty clubs were represented.

In the past number of years, we have focussed on attracting younger athletes to the club, with considerable success. In 2010, there were more than eighty registered juvenile athletes in the club (from Ballinspittle, Ballinadee and the surrounding area), over half of whom were aged eleven and under.

Our Athletics Leaders, supported by a roster of interested parents, deliver the Little Athletics programme weekly between February and October. Little Athletics aims to develop the basic skills of agility, balance and co-ordination for the younger athlete. Our athletes clearly enjoy it.

We want to continue the development of this group of young athletes, some of whom have shown real athletic promise in competition. Our Level One-trained coaches have the skills to do this.

In 2009, the club was awarded a Texaco Sports Bursary to fund a new Long Jump and Run-up. We think this will enable our club to make a great leap forward. Long jump is especially popular among our young athletes. Indeed, two of our young athletes (Aisling Cassidy and Ayesha Healy-Thow) recently won Munster Gold and All-Ireland Silver in the team Long Jump event.